An old-style kitchen, tipical of Treviso, in the shadow of the ‘Madonna Granda’ church.
Here this old-fashioned trattoria, located beneath arches of the XV century, almost half a century ago Irmo and Gina Schieven opened an Osteria ( later on managed by the popular ‘Clown lacrima’, Arturo Malossi).
The kitchen and the ‘ombra’ tradition resume after a short break. Thus these have never ceased, and the new manager, Maurizio Filippucci, set up to restore more traditions that had been forgotten in the ‘Marca’…..
Besides the ‘cicchetteria’, which serves only typical products, the restaurant offers an appetizing gastronomy:
Courgette flowers with truffle, hand made pasta, veal cheek, Venetian salted cod called baccalà, cooked with lots of love by the owner’s mother, and besides these many other dishes.
The wines and the ambience are also entirely of Treviso.
During recent works to the structure, the beems of the antique ceiling have been found, other than some fresco decorations which used to embellish the walls.
Maurizio Filippucci, the manager, after many years of experience in this business, having worked in different restaurants and hotels, decided to create this little corner representing the ‘Marca Trevisana’. Here he tries to satisfy the needs of every client, with kindness and comprehension.
We must not forget the chef, who is the pillar of strength of the restaurant, and brings his experience and creativity for suggesting traditional local dishes… Come to try!

The chef, which is the backbone of the restaurant that with its experience and creativity offers typical dishes in the area.

Treviso also strictly wines and the environment. Read the wine list, and let them carry by their pleasant taste.

Contact us for more information by email or send us an email using the form.

Browse all our photos 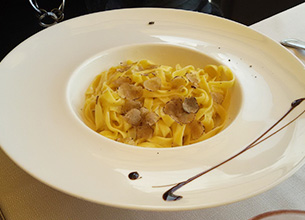 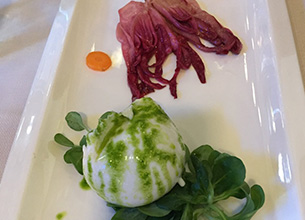 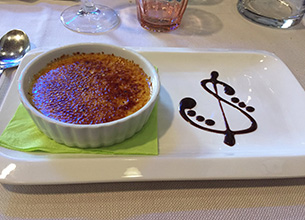 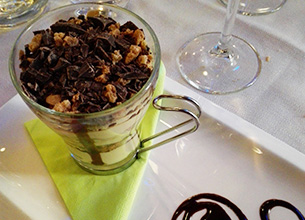 We use cookies on our website to offer you the most relevant experience by remembering your preferences and repeat visits. By clicking on "Accept" you agree to the use of ALL cookies. However, you can visit the Cookie Settings to provide controlled consent. Read more
Cookie settingsACCEPT ALLREJECT
Manage consent

This site uses cookies to improve your experience while browsing the site. Out of these cookies, the cookies that are classified as necessary are stored on your browser as they are essential for the basic functionality of the website to function. We also use third party cookies that help us analyze and understand how you use this website. These cookies will be stored in your browser only with your consent. You also have the option to disable these cookies. But disabling some of these cookies could have an effect on your browsing experience.
Necessary Always Enabled
Necessary cookies are absolutely essential for the website to function properly. These cookies guarantee the basic functionality and security features of the website, anonymously.
Functional
Functional cookies help perform certain functions such as sharing website content on social media platforms, collecting feedback and other third party functionality.
Performance
Performance cookies are used to understand and analyze key website performance indices which help provide a better user experience for visitors.
Analytics
Analytical cookies are used to understand how visitors interact with the website. These cookies help provide information on visitor numbers, bounce rate, traffic source, etc.
Advertisement
Advertising cookies are used to deliver relevant ads and marketing campaigns to visitors. These cookies track visitors to websites and collect information to deliver personalized ads.
Others
Other unclassified cookies are those that are analyzed and have not yet been classified into a category.
Salva & Accetta